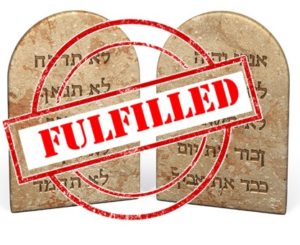 If you have been paying attention to the Gospel readings from Matthew lately you have frequently heard these words commenting on something that happened to Jesus, or because of Jesus; “…SO THAT WHAT WAS SPOKEN BY THE PROPHET…MIGHT BE FULFILLED.” For example we heard them recently on the following occasions:

• When Joseph learned that his wife would have a child though she was still a virgin (Matt. 1:22),
• when the Magi inquired when the new born king is to be born (Matt. 2:5),
• when the holy family fled to Egypt to escape murderous Herod (Matt. 2:14),
• when Herod ordered the baby boys in and around Bethlehem to be killed (Matt. 2:17),
• when John the Baptist was preaching in the wilderness (Matt. 3:3),
• and in this Sunday’s Gospel (Matt. 4:14) when Jesus begins his ministry proclaiming the Kingdom of Heaven after John was imprisoned by Herod Antipas. Each time Matthew says, “This was to fulfill what was spoken by the prophet…”

I am not sure if we really appreciate the importance of the statement that in Jesus God was fulfilling His promises through the prophets. I think we tend to glance over it without much thought. If we do pay attention maybe we see them as something we Christians, living 2000 years after Matthew collected and wrote his gospel narrative, can take for granted. Maybe think, “Of course, Matthew, we know this, now get on with the story.”

But to Matthew and his early Christian community these words were vital and polemical. Matthew wrote his narrative at a time when Judaism and Christianity were bitterly going their separate ways. Extended families found themselves on opposite sides of the “Jesus issue.” It is important to realize that in the beginning (at the time of Pentecost) all the earliest Christians were Jewish Christians. They were Jews of one sort or another (Pharisees, Sadducees, Zealots, Essenes, and Jewish people who had simply given up on their faith altogether – probably like Matthew himself, perhaps also known as Levi the tax collector). It was St. Paul who was most instrumental in opening up membership in the early church to non Jewish people, people the Bible calls gentiles. By the time the Gospels are being written down in final form, toward the end of the first century, things have gotten very bad between those Jews who refused to acknowledge Jesus as the long promised messiah and those who embraced him as the risen Lord.

For the earliest Christians, the idea that Jesus was in fact the fulfillment of God’s prophecy in Scripture was very important, and very contentious, for it was precisely on that issue that their belief in Him rose or fell. So when Matthew writes, “This was to fulfill the prophecy” when he comments on something that happens in his story of Jesus, it is by no means a throw-away line. Jewish Christians and Jews who refused to accept Jesus were making a decisive and in some cases bitter split with one another, and that phrase was a critical part of the argument between the two sides.

I think many of us can identify with that because it still happens in our own families that people divide over religion, and sometimes in churches too. Many of us deal with friends and loved ones who have turned away from the church. Others of us have experienced the pain of people leaving “our” church to go to another church because they are disgruntled or dissatisfied in one way or another.

One of the ways the first century controversy made its way into our Bibles is the way the Old Testament books are ordered. I am told that the Bible of Judaism today, what we would call the Old Testament, ends differently than our collection. We end with the prophets, as if to say, “Look, there is more to come. There is a fulfillment yet to be manifest.” But the Jewish scriptures conclude with what are called “The Writings,” i.e. Psalms, Ezra, Nehemiah, I & II Chronicles. These books seem to end their scriptures with an appeal to Jewish people to simply continue to be good Jews, know the Law and live a good life. Everything is fulfilled in the present, and there is no future hope for most branches of Judaism today, Orthodox, Reformed, Conservative, etc. I once asked a reformed Jewish rabbi what was the real point of Judaism and he told me it was to simply help people to be good Jews and preserve Judaism to another generation.

The Christian Old Testament ends with the prophets, chief among them Isaiah, who longs for the time when “the people who walk in darkness” will see a great light (Isaiah 9). For Christians today, and for those earliest Christians 2000 years ago, that light came in the person of Jesus, the long promised Messiah, who was born at Bethlehem. He was crucified, died, was buried, and rose again on the third day. He will come again in glory to judge the living and the dead.” That is our confession of faith. That is our witness too as Christian people who read Matthew in a world of many rivals for our faith. Jesus IS fulfillment of God’s promises! That’s no empty throw away phrase. In fact it is the foundation of what we boldly teach, believe and confess: that Jesus Christ is Lord to the glory of God the Father.

So next time you hear words like “This was to fulfill what was spoken of by the prophet…” think how important they were to Matthew and his early Christian community, and ask how important it is in our own day to understand Jesus as fulfillment, and as our hope for a fulfillment yet to come. 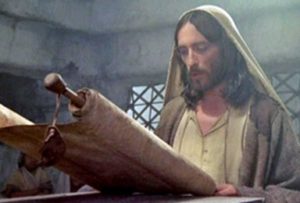