Lutheran Church Corvallis, OR
Homepage > Stations of the Resurrection – II

II – Witnesses at the Empty Tomb

P:
Praise the Lord everyone! He rescues His people and leads them out of slavery and captivity into freedom. In the wilderness of a cemetery, he broke open a grave.
1
Do not be tempted to exchange freedom for security, or make peace with godless dictators to insure your own survival. God gifts us with freedom, breaking down both physical barriers and barriers to understanding.
2
I know God is here, right beside me. Death no longer has dominion over me. Awake or asleep, I am owned by God. God has experienced the grave from the inside and will not abandon me to its futility or finality.
3
There is joy in your presence, O Lord. By raising Jesus Christ from the dead, you spread out my future with blessing. There is no force in all creation that can separate me from your love.
4
You set my spirit free! Let it continue to soar like an eagle in flight, upheld by the wind of your Spirit, ever awake with gladness.
P:
Glory and blessing be to God the Holy One, Creator of the universe, who in the power of the Holy Spirit, raised from the dead our Lord, Jesus Christ.

1Now on the first day of the week Mary Magdalene came to the tomb early, while it was still dark, and saw that the stone had been taken away from the tomb. 2So she ran and went to Simon Peter and the other disciple, the one whom Jesus loved, and said to them, “They have taken the Lord out of the tomb, and we do not know where they have laid him.” 3So Peter went out with the other disciple, and they were going toward the tomb. 4Both of them were running together, but the other disciple outran Peter and reached the tomb first. 5And stooping to look in, he saw the linen cloths lying there, but he did not go in. 6Then Simon Peter came, following him, and went into the tomb. He saw the linen cloths lying there, 7and the face cloth, which had been on Jesus’ head, not lying with the linen cloths but folded up in a place by itself. 8Then the other disciple, who had reached the tomb first, also went in, and he saw and believed; 9for as yet they did not understand the Scripture, that he must rise from the dead. 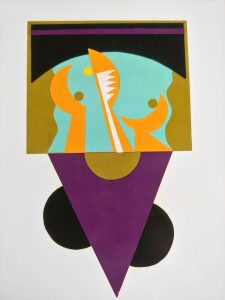 All that the incredulous disciples of Jesus, both male and female, can do is verify that the tomb is empty. Their understandable fear is addressed by the messengers in the vacated tomb. “Do not be afraid” is an imperative that echoes throughout the gospel accounts of the life of Christ. This was definitely not what they expected nor dared to hope. So to reorder their minds and hearts, they are admonished to remember what Jesus had told them earlier when they were together in the region of Galilee: “The Son of Man must be delivered into the hands of sinful men, be crucified, and on the third day be raised again!”

Verification depends on two or three witnesses, so the accounts tell us of both divine and human verdicts established by “two men in lightning bright clothes” who confront “Mary Magdalene, Joanna, Mary the mother of James and others” with the new reality (Luke). On their hurried exit from the tomb precincts, Jesus actually meets “Mary Magdalene and the other Mary” and gives them a message for the male disciples: “Go and tell my brothers to go back to Galilee; there they will see me” (Matthew). Galilee is the place of ministry; there the ministry of Jesus will be transferred to his disciples. Matthew follows the text of Mark, who names “Mary Magdalene, Mary the mother of James, and Salome” as the witnesses at the tomb. While women were not generally allowed as witnesses in court in those days all the gospel narratives agree that these named women were the first witnesses (preachers) of the empty tomb, even though they didn’t yet understand its meaning. The male disciples “did not believe the women because their words seemed to them as nonsense” (Luke 24:11). But Peter had to check it out.

John’s account has Mary Magdalene discovering the uncovered entrance to the grave cave, the stone door having been pushed aside. She jumps to the conclusion that grave robbers have been at work and runs to get Peter and John who have a foot race to the tomb. Peter actually crawls inside the tomb and discovers burial cloths neatly wrapped; John then also enters the tomb–“he saw and believed”–probably coming to the conclusion that if the grave robbers had been at work, they wouldn’t have unwrapped the corpse and left the linen cloths behind.

God will have the last word when it comes to death and life, tomb and resurrection. If our idea of God is large enough, the improbability of resurrection is no problem, even though death remains our “last enemy.” Before Jesus can offer us a life like his, he joins us in a death like ours.

5
When it comes to the idea of resurrection, the human mind wants proof. We grumble about death and taxes, but they are verifiable. A vacant tomb could be the work of grave robbers, corpse stealers, or rumor mongers. That is why the tomb was sealed and guarded. The disciples of Jesus had no idea nor hope of what was to happen.
6
What did happen held within its action a validation of the event. There was a transformation – a metamorphosis of life within the beleaguered disciples of Jesus. Suddenly courage, loquaciousness, memory, grit and faith were kindled and renewed. They stepped into the temple arena of Christ’s passion with boldness and truth-telling. They exhibited the freedom of the redeemed.
7
See and believe. The grave cloths were left behind because the living Lord no longer needed a cover-up. So let us replace our dour demeanor with the glad rags of salvation! If we are redeemed, if Christ is alive, let us look the part.
8
A divine trick, an incisive joke was played on the rebel death-dealer, the great Satan. One death, the death of Jesus, devoured another death, the means used by the Destroyer to try to separate us from the life of God.
9
So celebrate Christ’s victory…quietly at first, and let it build, gathering momentum, able finally to shatter human expectations and liberate our imagination, as we begin to comprehend how magnificent and powerful is the God of the living, the King of the universe.

P:
Lord, you invite us to crawl inside the tomb of Jesus to learn how small we truly are–how fragile and prone to a malady of discontent. then you show us the light of life, and we are blinded by your glory and the wonder of your love. Transform us by your grace to become people of resurrection faith, learning to live in the love of Christ. Amen.

A:
Visit a cemetery. Decorate the graves of loved ones. Weed the graves of people unknown to you. Think about leaving notes, written with a magic marker on the back of paper shopping bags about your Christian hope. Jesus said, “I am the resurrection and the life….”