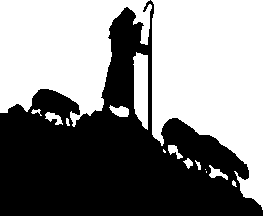 Christ is risen! He is risen indeed. Alleluia!

The Gospel reading for this Sunday tells of a meeting between Jesus and Peter by the Sea of Galilee (here called the Sea of Tiberias) sometime after the resurrection. You’ll find the episode in John 21:1-19. It is the story of a moment that forever changed Peter’s life.  I encourage you to read it and ask what God is saying to you in this episode.

You may recall that the last time Jesus and Peter met face to face and talked, things did not go well. It was on the night when Jesus was betrayed by Judas as he prayed in the Garden of Gethsemane. Earlier that evening Peter had protested when Jesus told his disciples what was about to happen and predicted that they would all fall away. “Not me!” Peter insisted.  He probably really did believe that he was never going to fall away even if all the rest did. But Jesus said, “This very night before the rooster crows, you will disown me three times.” (Matt. 26:34)

And that’s what happened. Just as Jesus predicted, Peter did deny Him three times in the courtyard of the high priest’s house. Now, after the resurrection one cannot but wonder how Peter must feel. One writer suggested that for Peter the time after his denial when he realized his guilt was like being in exile, cut off from the one he did love, and a wall of alienation built between him and his fellow disciples. The Bible says on that night “he went out and wept bitterly.” I would imagine Peter’s tears continued to flow long after that.  You just don’t get over something like that very quickly.

I don’t know if you have ever done something terrible. We all commit sins to be sure, but there are sins and then there are sins. Perhaps we have betrayed someone we claimed to love like Peter. Perhaps there is some other long term guilt that hangs over our heads.  One man I ministered to killed the father of a three year old boy in a terrible auto accident.  It was very hard for him to live with the guilt. He came to the church I was serving from another church because he knew that everyone knew what he had done in his former church. Going to church had once been a joy for him. But now, knowing there everyone knew what he had done, he couldn’t stop thinking about all the terrible things they were thinking of him. He needed grace and forgiveness but he couldn’t feel it when he felt everyone was judging him.

I think Peter is the Biblical “poster boy” for guilt. I think he felt it very deeply. Jesus, who loved Peter in spite of the sins of his denial, understood how deep and how painful Peter’s guilt was. And so Jesus arranged to be with Peter that day at the lake shore and ask him not once, but three times, “Peter, do you love me.” Peter did love Jesus. Yes, he had failed Jesus, but he did love Jesus. Jesus knew that. But now Peter also knew that Jesus knew that, and was ready to enlist him in the apostolic mission with the words, “Feed my sheep.”

But God is a God of mercy. Jesus deals with Peter’s denials by extending the mercy of His one love and forgiveness to him.   Jesus died for the forgiveness of the sins of Peter too. Jesus also deals with our sins with mercy.  In the blessed sacrament of Holy Communion God sets aside all the sins we have committed, even the gravest of them. Like Peter, we are forgiven and called to be witnesses to God’s mercy by living lives of mercy.

There is no need to let old sins gnaw on your soul. Christ is risen. He is risen indeed. Alleluia!